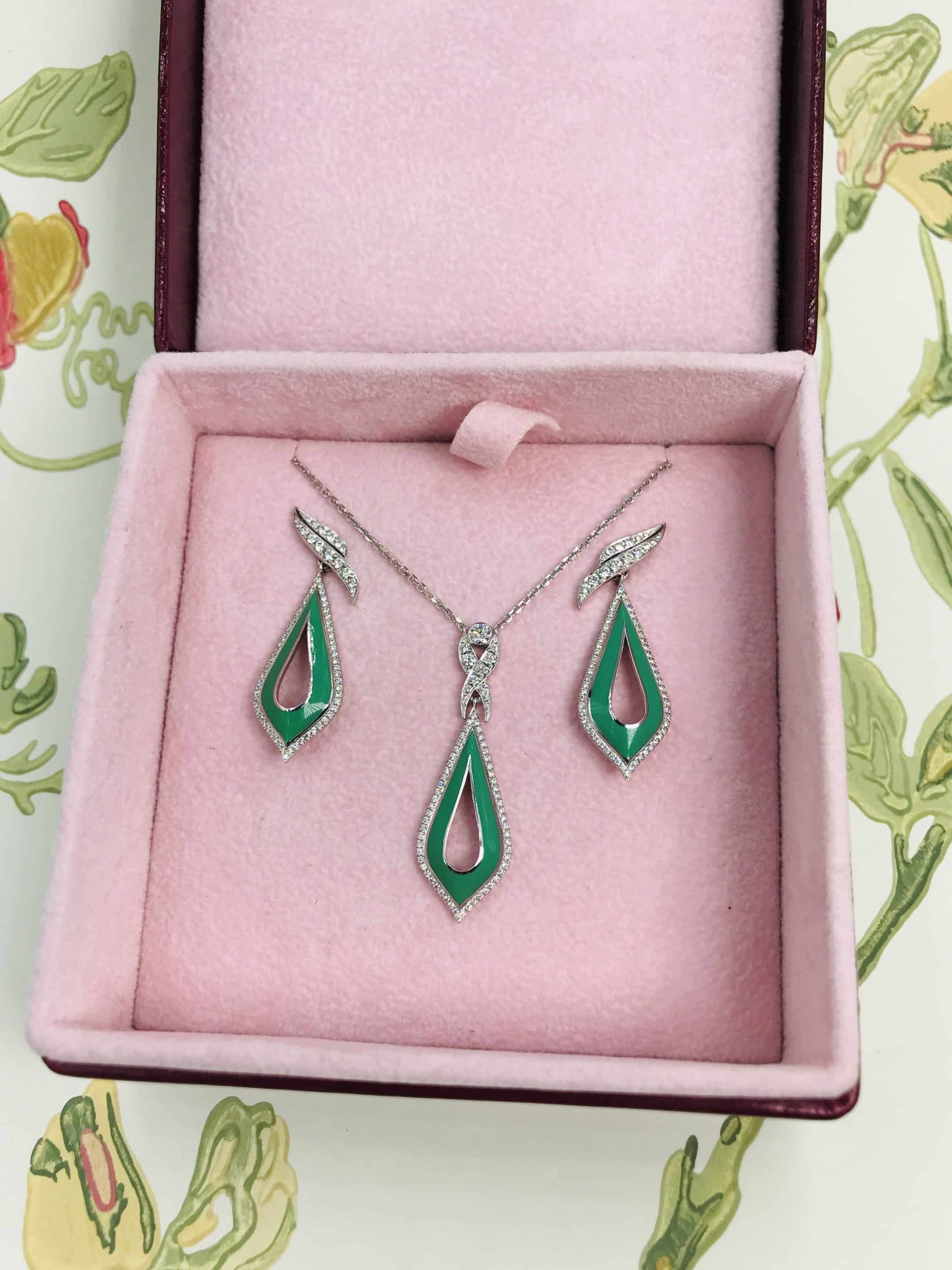 A returning customer, wanted a pendant and earring set for his wife’s upcoming birthday and so with plenty of time in hand, we got to work.

The brief was vague. something along the lines of I have some ideas – in particular, a colleague of mine was wearing a lovely green and gold set.  I’m not sure what the green was.  It was a flat piece of green something, sort of shaped a bit like Africa!

Once we had spoken I had a clearer idea.  It didn’t need to be an actual shape of Africa, just hanging and green.

I presented some designs and we began fo focus on some more concrete ideas. 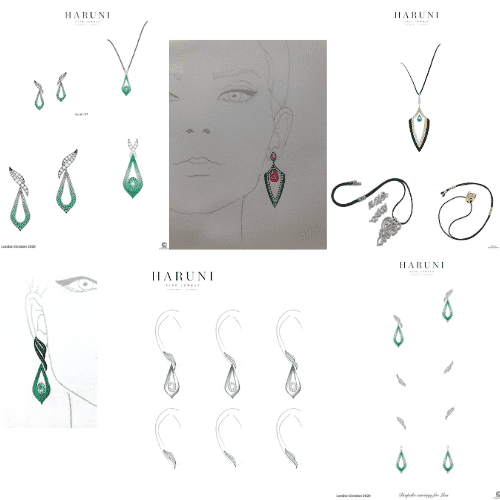 Once we had the design figured out, I was able to concentrate on making the finished pieces. We also added a clever twist by making the earring tops detachable.

The end result was stunning and pretty much speaks for itself.

Hi Richard. I gave Lisa the jewellery this morning. It was received very well, and she’s wearing it today. She particularly liked the detachable earrings – thought that was a very clever design feature. She also really liked the diamond detailing above the pendant. Thanks very much to you and the team. 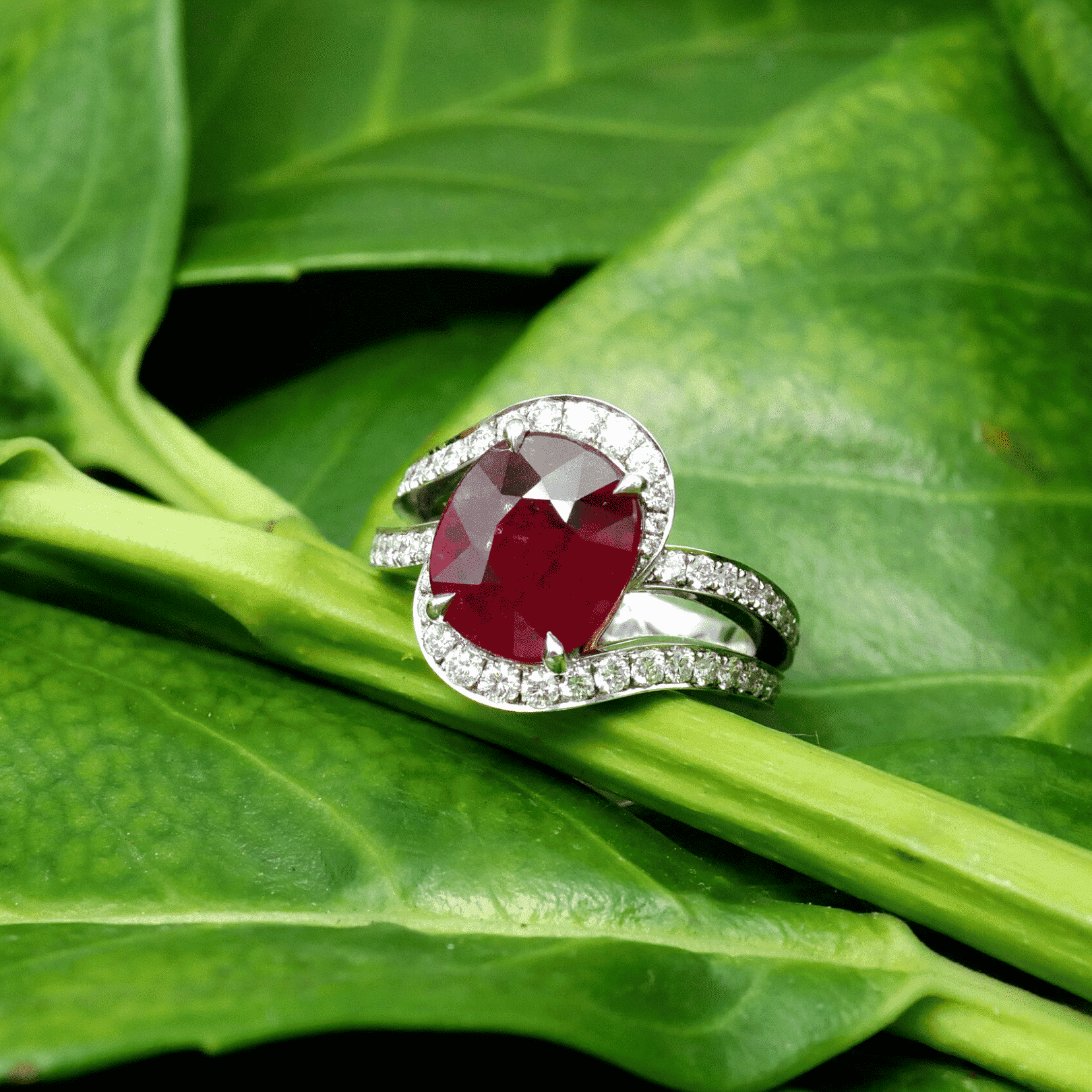 Jewellery Design Process Felipe’s jewellery journey began when he came to me looking for a stone....

Jewellery Design Process One of the most amazing things about jewellery is that you can breathe a... 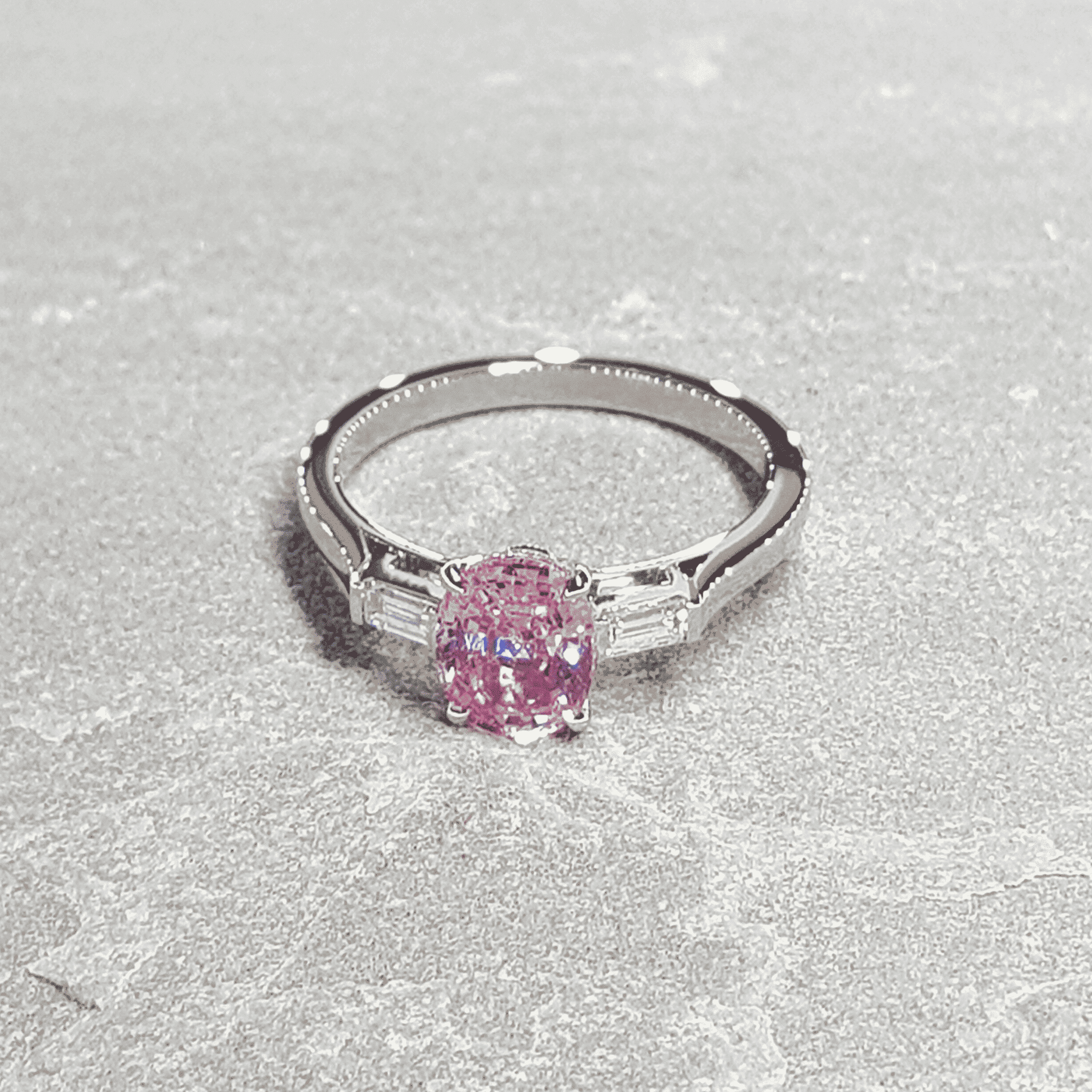 Jewellery Design Process Sarah, having found Haruni on Google, contacted us by phone. She then...

You would like to send a hint for: Lisa Earrings and Pendant Set