by: richard haruni
A feast for the eyes, the jewels of Queen Victoria have gone on display at Kensington Palace on Good Friday. Who doesn’t love a tiara?

And these are some of the best ever created. The three tiaras on exhibit once belonging to direct descendants of Queen Victoria have gone on display as part of an updated exhibition of Queen Victoria. The breath-taking emerald and diamond tiara and the Fife Tiara will be joined by a kokoshnik piece, a necklace (formed of nine oval emerald clusters), earrings and a brooch, with a huge 20ct emerald as part of the extended exhibition.

Queen Victoria’s tiara, which has been made famous once again by a replica being used on the TV show “Victoria.” It was originally designed by Prince Albert and gifted to his wife in 1845, Victoria described it as ‘wonderful taste, and her joy that she could wear such a “lovely Diadem of diamonds and emeralds designed by my beloved Albert”. 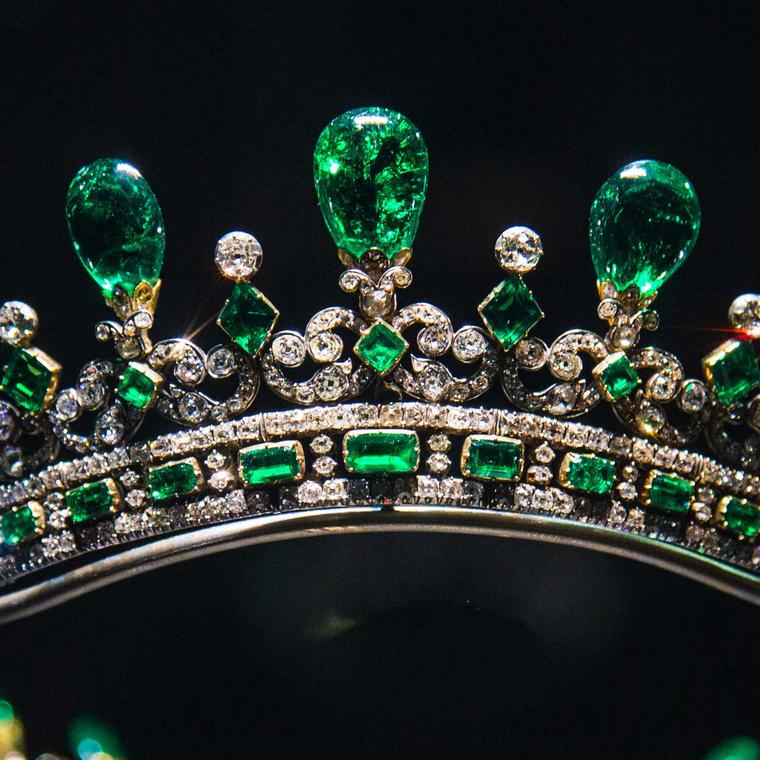 The tiara was created by The Queen’s Jeweller, Joseph Kitching, and is set with cushion-shaped diamonds and step-cut emeralds in a band at the bottom; above this is a graduated row of 19 inverted pear-shaped emeralds, the largest of which weighs 15 carats.

The Fife tiara will also be on show. The Fife tiara first belonged to Princess Louise of Wales, this tiara was amongst her wedding gifts, a gift from her new husband; the Earl was created Duke of Fife shortly after his wedding.

Another of Princess Louise’s tiaras – a kokoshnik-style piece – will also be on display. A gift from her parents, King Edward VII and Queen Alexandra, is was a dual-purpose piece, it was created as a tiara but convertible into a necklace – eventually this became one of Louise’s favourite pieces.

You would like to send a hint for: Queen Victoria’s Jewels on Display at Kensington Palace