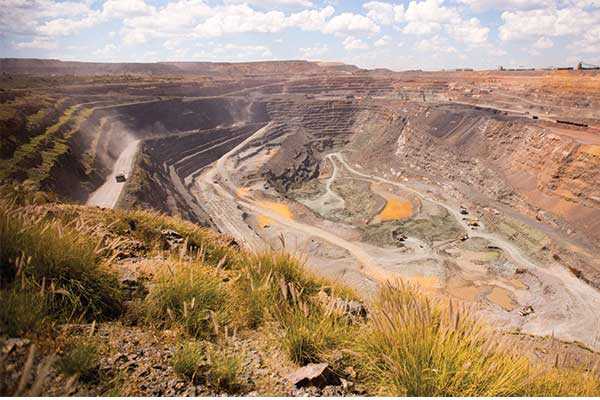 Expanding World’s Most Valuable Diamond Mine

The Jwaneng mine in Botswana, currently the world’s most valuable diamond mine is set to get even bigger after a joint venture between De Beers and the Botswanan government, named Debswana.

The government is seeking permission to deepen the Jwaneng mine to 830 meters (2,700 feet), according to a notice published in local newspapers 06.04.2018. The project will extend the mines life by 11 years and allow the extraction of an extra 50 million carats.

Jwaneng, which opened 1982, is the world’s largest diamond producer by value. This next project will involve stripping away waste at the bottom of the mine, both widening and deepening the pit.

The project will probably be financed internally, said Debswana spokeswoman Matshidiso Kamona. She declined to comment on the expected costs or schedule. Debswana has received provisional approval from the Department of Environmental Affairs, pending public review of its environmental-management plan, the notice says.

Last year, then-Minerals Minister Sadique Kebonang said that government intended to include the financing of Cut 9 into its ongoing negotiations with De Beers for the renewal of the 10-year sales agreement covering output from the Debswana mines. The existing sales and marketing agreement ends in September 2020.

De Beers largely funded the Cut 8 project, which involved stripping 500 million tons of waste to expose an orebody containing an estimated 100 million carats that will be mined until 2024, when output is expected to start from Cut 9.

You would like to send a hint for: Expanding World’s Most Valuable Diamond Mine