We have seen the world go crazy over the extravagant wedding celebrations of several Hollywood celebrities and royals over the past years. With the bride’s white gown and glittering wedding ring, fantasies have been created and real princesses have come to life.

But have we thought about giving a second look at what seems to be the most exciting and intriguing? Yes, that big and bright thing they put on their fingers before they say “I do” – the coloured diamond engagement rings that exploded the internet and made rounds all over the world. Here’s a rundown of the best and the most luxurious celebrity coloured gemstone and diamond engagement rings of all time!

The ring that Napoleon gave to his sweetheart and future bride, Josephine is dubbed as one of the most beautiful coloured engagement rings ever. The ring which includes a gold band with a pear-shaped blue sapphire and  rose cut diamond increased in value over time and was purchased by an anonymous bidder for almost half a million in an auction. 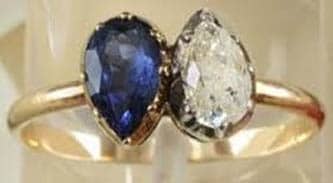 Anyone who knows Blake Lively knows she was a lucky woman to receive a $2-million dollar pink diamond engagement ring from film actor Ryan Reynolds on his proposal. The oval-cut stone designed by famous jeweller Lorraine Schwartz is set in rose gold with small pave diamonds around the band. We bet no one would ever say no to this ring! 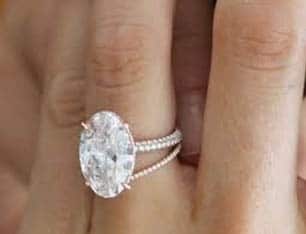 If there’s something big to envy about Kate Middleton aside from being the Duchess of Cambridge, it would be Kate Middletone’s blue sapphire engagement ring which is likely the most famous engagement ring of all time. The royal ring, which was once owned by Princess Diana, is set with 18-carat diamonds with a big 12-carat sapphire in the centre. It spawned a flood of copy Princess Diana Engagement rings.  It is said that the famous ring is now valued to over half a million dollars, increasing more than tenfold in value over time. 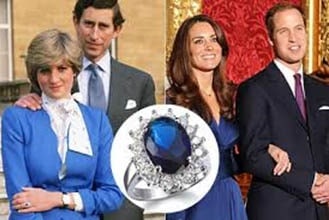 Beauty and elegance was always associated with Jackie Kennedy and it became more so when President John F. Kennedy slipped a gorgeous baguette ring on her finger. The ring is set with a 2 carat diamond and 2 carat emerald with baguette diamonds around the stones, making it a big fantasy to many jewellery collectors. Proudly designed by Van Cleef & Arpels, this unique ring was priced for over a million dollars. 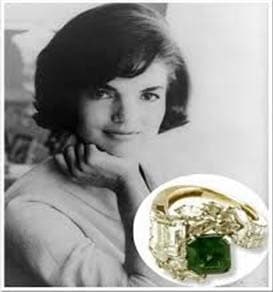 Actress, songwriter and singer Jessica Simpson owned the spotlight when Eric Johnson handed her a romantic 5 carat ring that includes a supersized ruby in the centre with 2 brilliant diamonds on each side. The ruby engagement ring that captivated several ring collectors is said to be Jessica’s special birthstone. 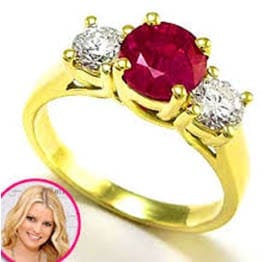 It was a lucky moment for Academy Award Winner Halle Berry to finally receive the ring of her dreams which is recognized to be one of the most expensive and stylish rings ever designed by a jeweller. The 4 carat square-cut emerald which has an estimated value of $200,000 is adorned with two smaller diamonds on each side. To make the ring even more interesting, French designer Robert Mazio embedded a Phoenician code that symbolizes the couple’s love story. 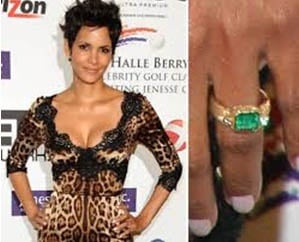 The canary yellow diamond engagement ring that brightly shines around the finger of country singer Carrie Underwood is perhaps one of the most beautiful coloured engagement rings that has surfaced in the celebrity world. It was designed with 12 carats of diamonds with fancy yellow diamonds averaging roughly 5 carats plus a round-cut yellow diamond in the centre. There were rumours circulating that the price of the ring has reached a million dollars. 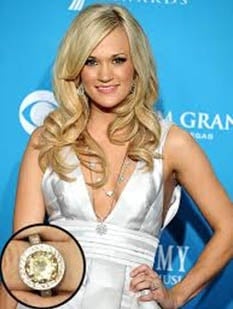 American Idol winner Kelly Clarkson whipped up worldwide attention when she accepted the gorgeous square-cut yellow canary diamond engagement ring from Brandon Blackstock two years ago. The ring centrepiece is a flawless yellow diamond adorned with smaller diamonds. No news on the exact cost but Carrie’s tipped the scales at $150,000. The ring is said to be one of the most talked about coloured engagement rings in Hollywood. 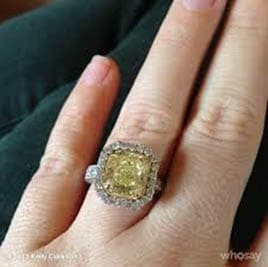 This square-cut blue sapphire engagement ring found its perfect home on the finger of actress, model and fashion designer Elizabeth Hurley when she said YES to cricket player Shane Warne’s proposal. The ring has a huge 9 carat sapphire adorned with 2 carat trillion-cut diamonds on each side and was believed to cost over $100,000. Looks like love was lovelier the second time around for this beautiful “Gossip Girl” star. 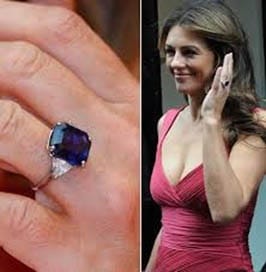 A beautiful big voice deserves a beautiful big ring – that is Mariah Carey, a multi-platinum singer who owns the $2.5 million 17-carat diamond ring from husband Nick Cannon. The ring was designed by Jacob & Co. and said to be one of the most expensive celebrity engagement rings ever made. The emerald-cut pink diamond is surrounded by 58 pink diamonds and has two half-moon diamonds on each side, placing Mariah into another level of fame. 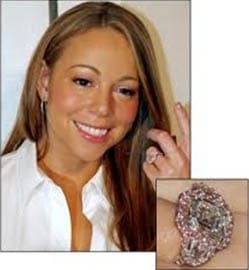 Show me some gemstones 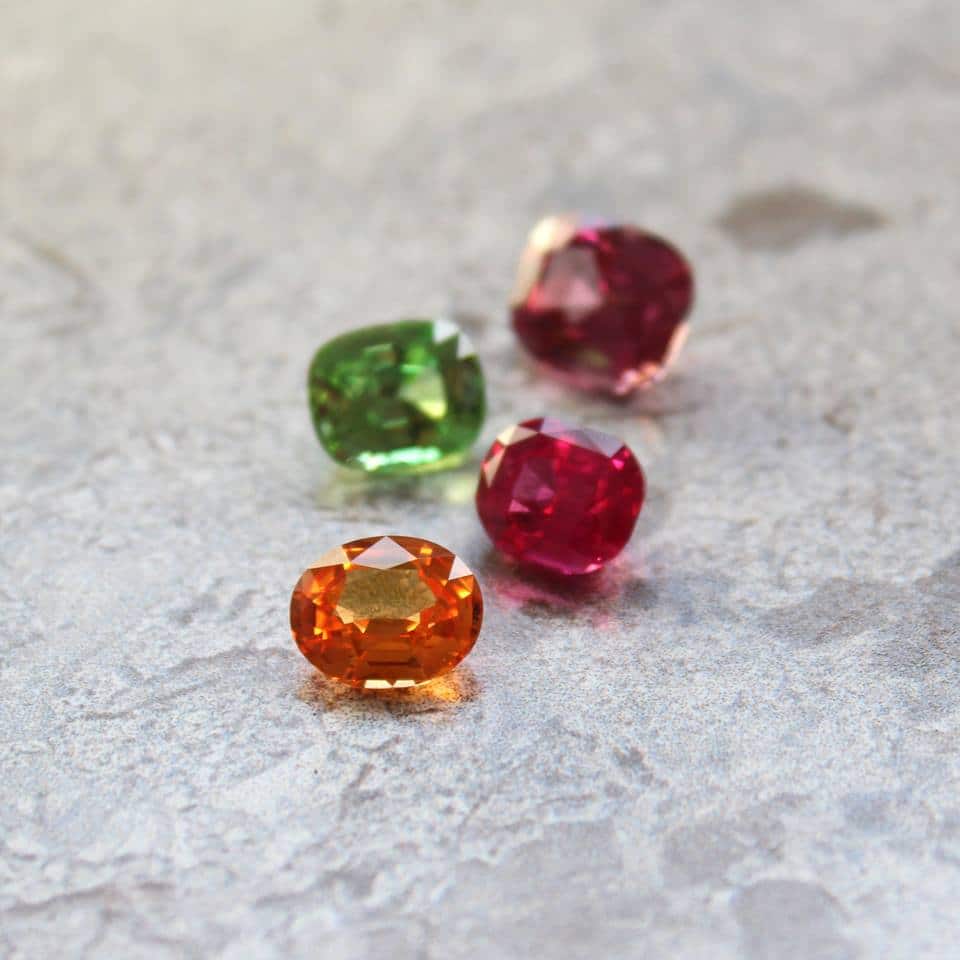 Engagement Ring Trends To Fall In Love With For 2022

Lately, engagement rings have been doing a lot. Beyond professing future plans for marriage,... 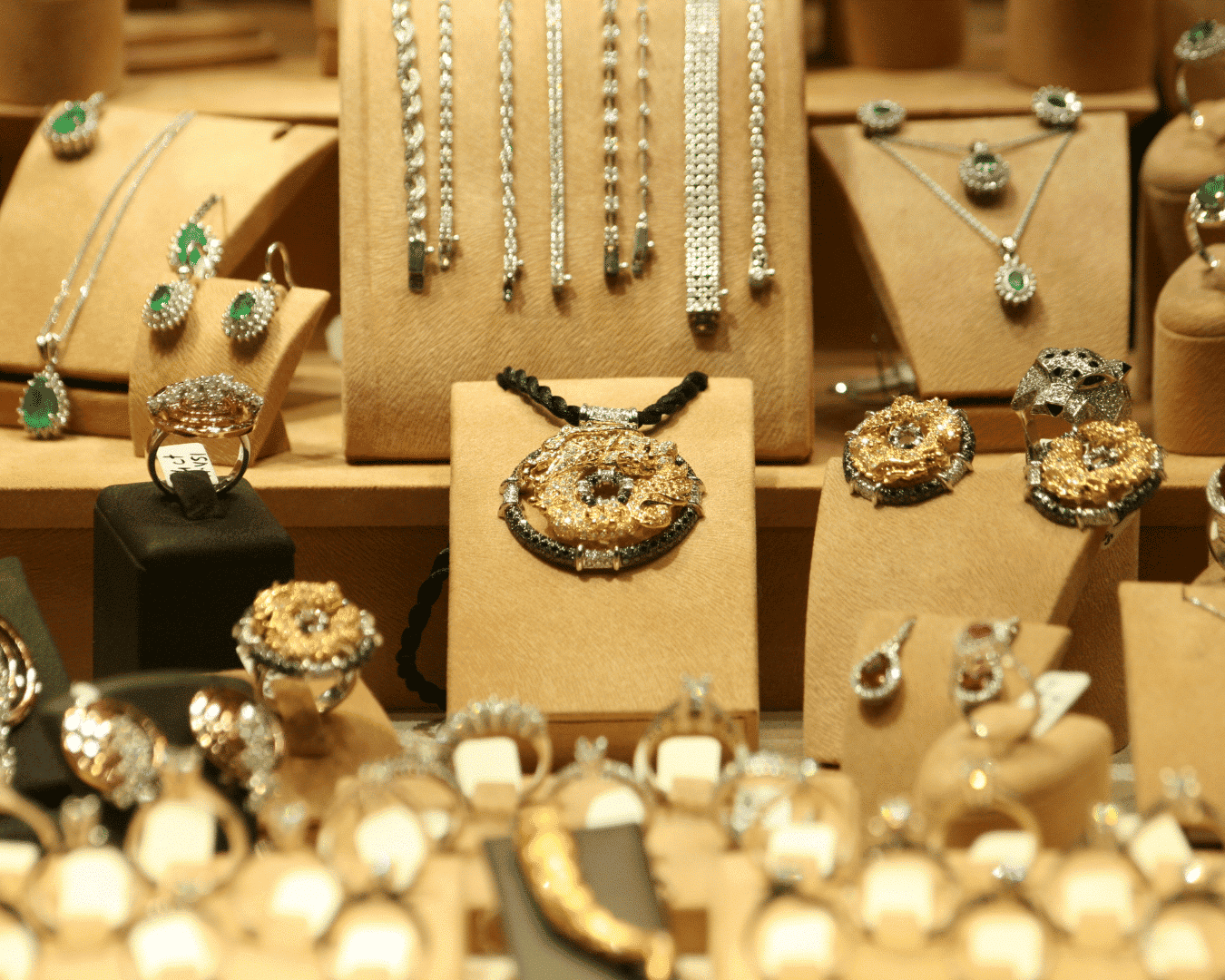 Jewellery history shows us what people were feeling at the time, and how those feelings dazzled —...

You would like to send a hint for: 10 Famous Coloured Gemstone and Coloured Diamond Engagement Rings